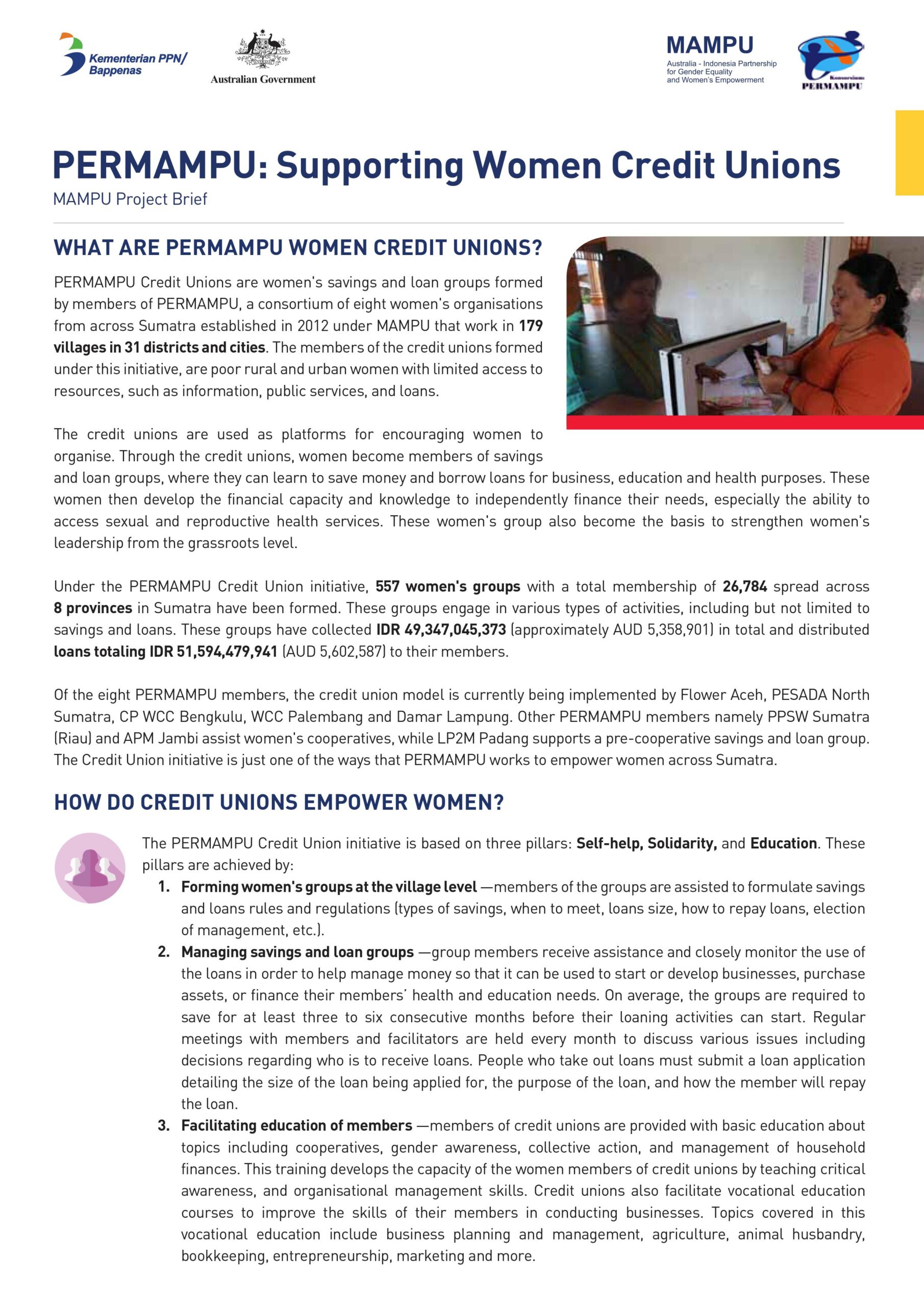 PERMAMPU Credit Unions are women’s savings and loan groups formed by members of PERMAMPU, a consortium of eight women’s organisations from across Sumatra established in 2012 under MAMPU that work in 179 villages in 31 districts and cities. The members of the credit unions formed under this initiative, are poor rural and urban women with limited access to resources, such as information, public services, and loans.